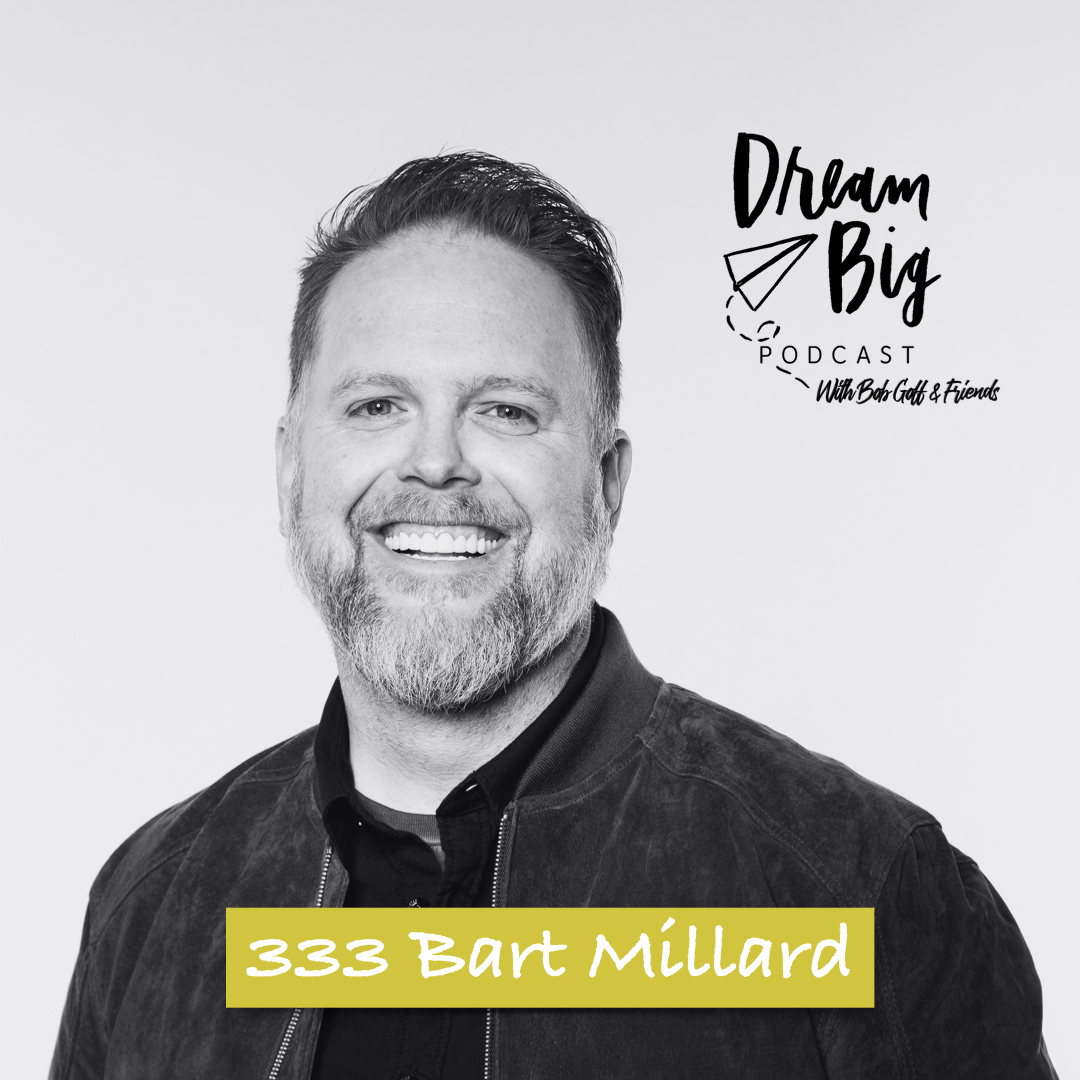 0:00:00 / 00:24:55
Bart Millard, best known as the front man of award-winning Christian group MercyMe, is also an acclaimed songwriter and artist in his own right. The iconic song "I Can Only Imagine," written solely by Millard, made history in 2019 as the first song in Christian music to go 4x platinum.

The band was recently named Billboard's Top Christian Artist of the 2010 decade and in. In 2009, Billboard named MercyMe's "Word Of God Speak," co-written by Millard, the No. 1 Song of The Decade in both the Christian Songs and Christian AC Songs categories. The songwriting talents of Millard and his fellow band members have made MercyMe a radio mainstay, yielding 48 No. 1 multi-format Christian radio singles and 4 consecutive mainstream hits. The band has won numerous GMA Dove Awards, several American Music Awards, a Billboard Music Award, and has received multiple GRAMMY® Award nominations.

Millard received a GRAMMY® Award nomination for his solo project, Hymned Again, which was a follow-up to his first successful solo outing, Hymned. Most recently, he received the GMA Songwriter of the Year (Artist) award at the 2019/50th Annual GMA Dove Awards.

A major motion picture based on the life of Millard, who penned the mega hit song "I Can Only Imagine" after the loss of his father, opened at a remarkable No. 3 at the box office on March 16, 2018 (Lionsgate, Roadside Attractions.) The film grossed over $83 million and starred Dennis Quaid, Trace Adkins, J. Michael Finley, Cloris Leachman, Madeline Carroll, and Priscilla Shirer. Carrying the same name, Millard's first memoir also released in 2018.

Millard and his wife, Shannon, reside in Franklin, TN along with their five children.

We've launched a new subscription-based offering with exclusive content from the one and only Bob Goff.

In vintage Bob fashion, you can join him on his adventure of living a life of whimsy, love, and action. Each week you'll receive a video message from Bob, plus guided reflection exercises and activities for personal growth and structured conversations with friends.

Now more than ever we need to look to voices we can trust. If Bob's message has inspired you in the past, you're not going to want to miss out on Bob Weekly. So sign up today and let Bob guide you as you go through this unpredictable thing called your life.