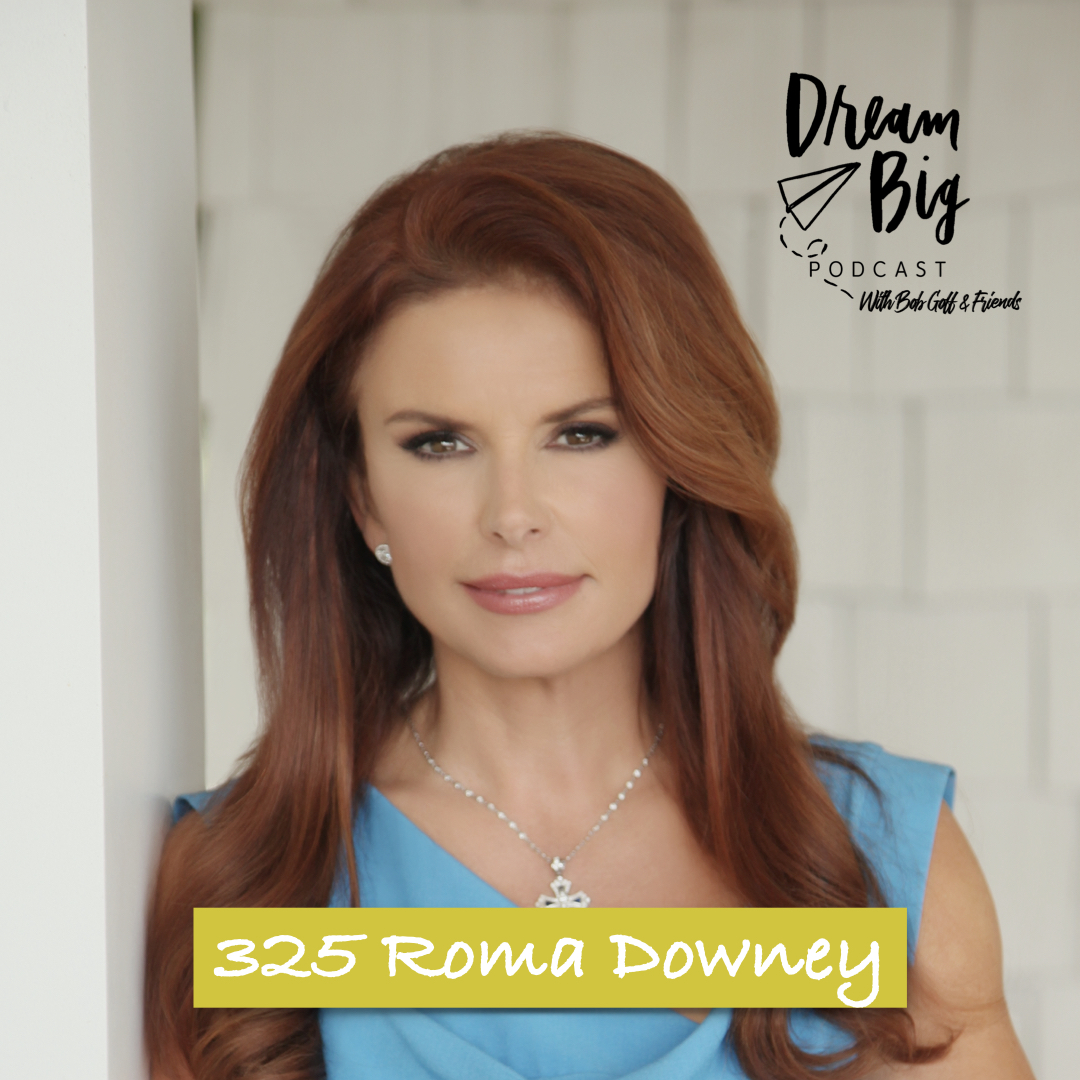 Roma Downey is an EmmyŪ nominated actress, producer and New York Times best-selling author for her novel "Box of Butterflies" and has been creating inspirational content for twenty-five years. Born in Northern Ireland, she was classically trained in London. She has performed on stage with the famed Abbey Theater and has appeared both on and off Broadway. For almost a decade, Roma starred on the hit CBS show, "Touched by an Angel." In her role as the tender-hearted angel, Monica, she garnered multiple Emmy and Golden Globe nominations.

Roma and her husband Mark Burnett produced "The Bible" series on the History Channel that was viewed by more than 100 million people in the US alone. They also produced the feature film "Son of God" that stunned the box office when it became one of the highest faith movie openings of all time. In 2016 Downey received the Irish Diaspora Award for Outstanding Contribution to the Screen from the IFTA as well as her star on The Hollywood Walk of Fame. The Hollywood trade publication Variety recognized Downey as a "Trailblazer" and listed her as Variety's '100 Most Powerful Women in Hollywood.' The Hollywood Reporter included her and Burnett as their 'Most Influential People of 2013'. In 2014, Downey won the 'Movie Guide Grace Award' for her role as Mother Mary. That same year, Downey was also honored on Variety's Women of Impact.?

Roma launched LightWorkers Media (LightWorkers) in 2011 along with her husband, award-winning producer Mark Burnett. LightWorkers is now an MGM company, with Downey serving as its creative lead. LightWorkers.com, has become an online destination for uplifting and encouraging short-form digital and social content with over 300M monthly video views. Additionally, LightWorkers has produced the series "A.D.: The Bible Continues" for NBC, "The Women of the Bible" for Lifetime, "The Dovekeepers" for CBS, "Answered Prayers" for TLC, the feature films "Little Boy" for Open Road Films, "Woodlawn" for Pure Flix, "Ben-Hur" for MGM and Paramount, "On A Wing And A Prayer" for MGM, along with "Messiah" and "Country Ever After" for Netflix and "Redeeming Love" coming this Spring.

DREAMING BIG FOR YOUR CAREER

In case you've missed it, I'm teaching a new online course all about dreaming big for your career. This course is a great way to start crafting the career you've always wanted - one with impact and joy. Once registered, you can access the course anytime and complete the modules at your own pace.

A few of the topics include:
- Define Your Ambitions
- Design Your Legacy
- Know Where You're Going
- Tell Your Story

Work is important to so many of us. This course is a tool for cultivating joy and fulfillment in your career. I've learned a thing or two about career-building over the past few decades and I'm thrilled to share what I've learned with you.

I hope you'll join us!