DeVon Franklin - It Takes A Woman

0:00:00 / 00:22:06
Named by Variety as one of the "Top 10 Producers to Watch" and by Oprah as "a different kind of Spiritual Teacher," DeVon Franklin is a Hollywood Producer and New York Times bestselling author blazing his own unique trail with an unwavering commitment to uplifting the human spirit through entertainment.

DeVon serves as President and CEO of Franklin Entertainment, a dynamic production company in conjunction with Paramount Pictures and CBS TV Studios. He's the driving force behind some of Hollywood's most successful inspirational films including BREAKTHROUGH and MIRACLES FROM HEAVEN, as well as the KINGDOM BUSINESS television series for BET.

In addition to his work as a producer, DeVon is also the author of multiple bestselling books such as LIVE FREE, THE SUCCESS COMMANDMENTS, THE TRUTH ABOUT MEN and his new Audible Original IT TAKES A WOMAN, which is a deeply personal look into the tragedy that transformed his family's life forever.

DeVon serves the greater Hollywood community at large as Vice-President of the Board of Governors for the Academy of Motion Pictures Arts & Sciences. DeVon is a graduate of the University of Southern California and lives in Los Angeles.
Show More 0:00:00 / 00:20:21
Walker Hayes is a Grammy nominated singer/songwriter originally from Mobile, Alabama, signed to Monument Records. Throughout his career, he has released multi-Platinum singles "Fancy Like" and "You Broke Up With Me," performed on national television with Good Morning America, Late Night with Seth Meyers, The Tonight Show Starring Jimmy Fallon, and The TODAY Show, and has been written about in the LA Times, Esquire, Billboard and Rolling Stone. His single "Craig" -- a song about a neighbor who reached out to Hayes in a time of need -- was nominated for Song of the Year at the 2018 AIMP Nashville Awards and prompted Hayes to start the Be a Craig Fund to help other families during their own times of need. A new version of the track featuring MercyMe is on Hayes' forthcoming album Country Stuff the Album. The song inspired this book.

Craig Cooper is a gifted storyteller and Bible teacher. For over twenty years, he has spoken at numerous churches, men's retreats, college campuses, and various gatherings. He has traveled across North America, South America, Europe, Africa, and Asia with a desire to see and serve the world. An encourager at heart, Craig's passion is to help people perceive the gifts of God in their lives and deploy them for Jesus' glory. Having served as one of the founding pastors of Redeeming Grace Church in Franklin, Tennessee, Craig now resides in the greater Nashville area with his amazing wife, Laura, and their four kids as next-door neighbors to the Hayes family. You can follow Craig on Instagram @craigallencooper and for more information or for speaking inquiries, please visit craigallencooper.com.

Visit to purchase their new book. 0:00:00 / 00:25:15
Scott Sauls is senior pastor of Christ Presbyterian Church in Nashville, Tennessee, and author of Jesus Outside the Lines, Befriend, From Weakness to Strength, Irresistible Faith, and A Gentle Answer. Scott also served at New York City's Redeemer Presbyterian Church as a lead and preaching pastor and planted / led two churches in the Midwest. His work has been featured in publications including Christianity Today, Relevant, Qideas, Propel Women, He Reads Truth, Leadership Magazine, The Gospel Coalition, Table Talk, and Made to Flourish. Scott writes weekly at www.scottsauls.com. 0:00:00 / 00:26:48
John Eldredge is a bestselling author and counselor. He is also president of Wild at Heart, a ministry devoted to helping people discover the heart of God and recover their own hearts in God's love. John and his wife, Stasi, live near Colorado Springs, Colorado.

Sadie Robertson Huff - Who Are You Following 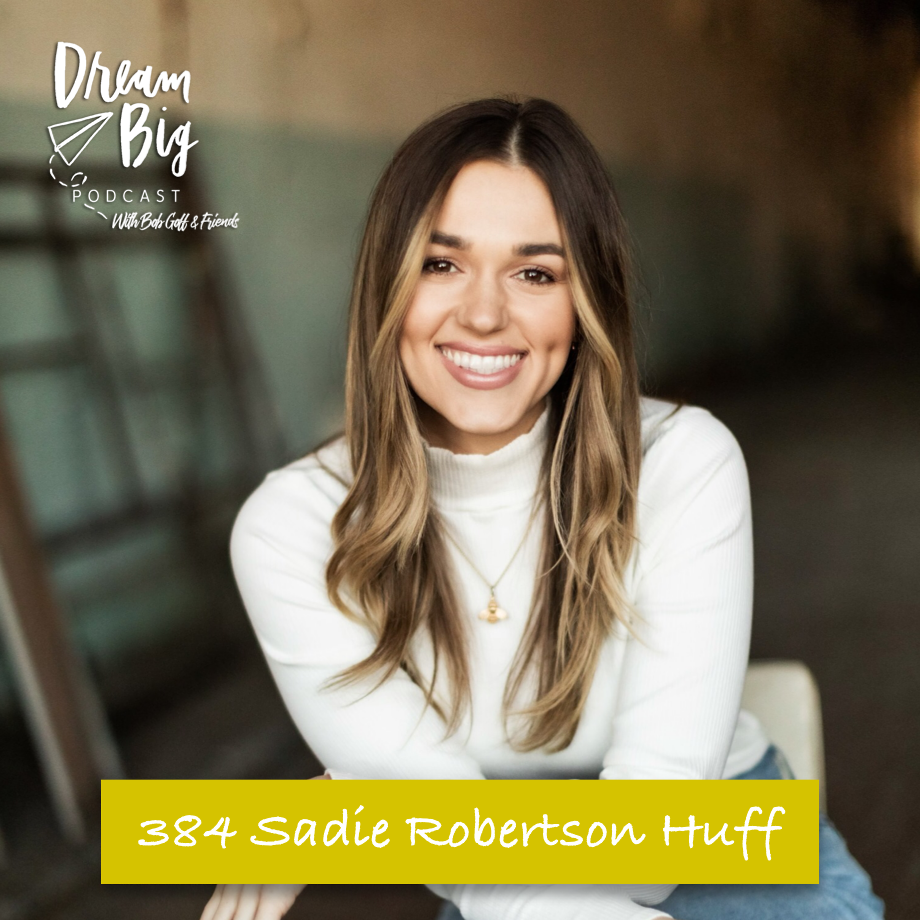 0:00:00 / 00:27:32
A New York Times best-selling author, speaker, and encourager, Sadie Huff is on a mission to reach her generation with the message of Jesus. Her ministry, Live Original, is a community of sisters and friends inspiring people to find their purpose and live with originality. Huff is the host of the popular podcast WHOA, That's Good, which continues to reach millions of listeners around the world. She is the creator of LO Sister, an app for women that fosters a space for growing deeper in faith and sisterhood. Sadie recently released her new book Who Are You Following? Pursuing Jesus in a Social Media Obsessed World, and is also the author of Live, Live Fearless, and Live Original. Sadie and her husband Christian live in West Monroe, Louisiana and recently celebrated the birth of their first child, Honey.